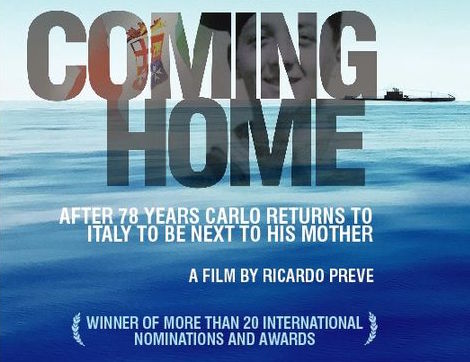 What started as a liveaboard dive trip to the Red Sea, off the coast of Sudan, in 2014 became a 5-year quest to tell the story of the Macallé, and the one sailor who didn’t make it home. First, to find the WWII Italian submarine that went down in June 1940 off the coast of Africa, and then, to return to Italy the remains of a young sailor who had died in the wreck and been buried on a desert island. Rick Preve became progressively more involved in this project called “Coming Home”, which eventually resulted in the production of an award-winning feature documentary by the same title.

Join us as local filmmaker, Rick Preve, shares some behind-the-scenes moments about how the project came into being, how it was carried out, and how it concluded.

Meet your fellow SeaDevils at Three Notch’d Craft Kitchen & Brewery, located in IX Art Park (520 2nd St SE, Charlottesville). We will continue offering remote access to the meeting as well. To join, all you need is a computer or mobile phone. It’s sure to be a night full of food, drink and fun. Hope to see you there!

This entry was published on February 5, 2021 and was updated on February 9, 2021 / Chris Findley. Posted in Announcements. Bookmark the permalink.